Yuriy and Julia (i.e. Mr and Mrs Globetrot) took some incredible photos of Arches National Park in Utah. I love this national park (see my earlier post) and having climbed up to view Delicate Arch myself, I can assure you it is every bit as spectacular as these photos.

I have always loved the desert. One sits down on a desert sand dune, sees nothing, hears nothing. Yet through the silence something throbs, and gleams… (Antoine de Saint-Exupéry, The Little Prince)

The Lord Howe Island Group is situated off the southeastern coast of Australia. Australia, where I have spent many Decembers during my childhood, is a place of many wonders and these islands are no exception. Particular reverence is to be paid to Ball’s Pyramid, a stark, jagged volcanic stack rising steeply from the depths of the Pacific Ocean. Born of an ancient shield volcano and caldera formed 7 million years ago, discovered in 1788, it holds the allure of peaks like the K2 or Everest, a siren call to climbers and adventurers to come forth and conquer it. A team from Sydney finally did, in 1965.

Hatty Gottschalk‘s photographs take us where these adventurers have been. “As for me, I am tormented with an everlasting itch for things remote. I love to sail forbidden seas, and land on barbarous coasts. – Captain Ahab, Moby Dick”

I am enthralled by Diana Herrera‘s jaw-dropping paper sculptures. Intricate, colorful birds that thrum with life. Fall under the spell of her creations:

The Atacama Desert is the driest non-polar desert in the world. It lies west of the Andes Mountains, on the Chilean coast. It has been described as a desolate lunar landscape on Earth, with lunar rovers being test-run on the terrain. This parched landscape also has its share of geysers and volcanoes, believe it or not. During years where the El Niño effect is especially strong, where the waters off the Peruvian coast warm, the Atacama desert blooms into what is called a “flowering desert” or desierto florido (because Spanish sounds so much more romantic).

The arresting landscape, as seen below in photos taken by Stéphane San Quirce and lepinephotos. 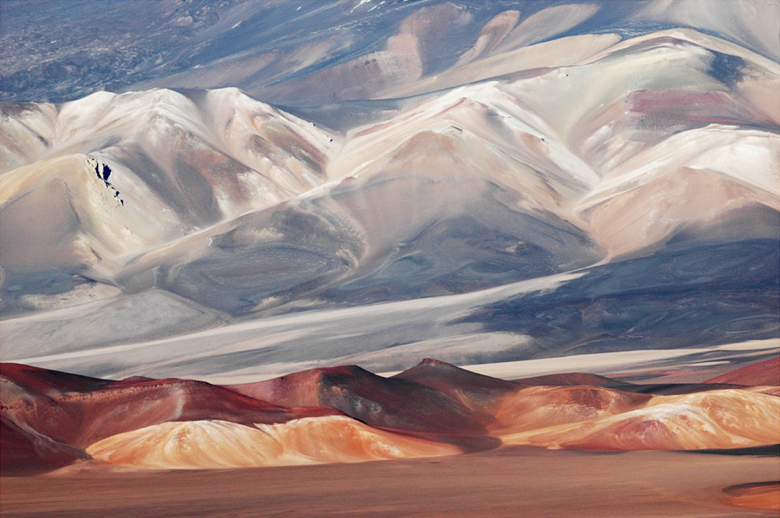 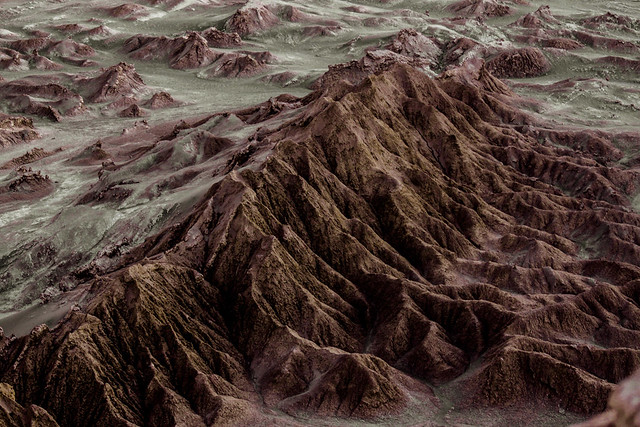 The blooming desert after rain, by Miss Mountain and lephinephotos. 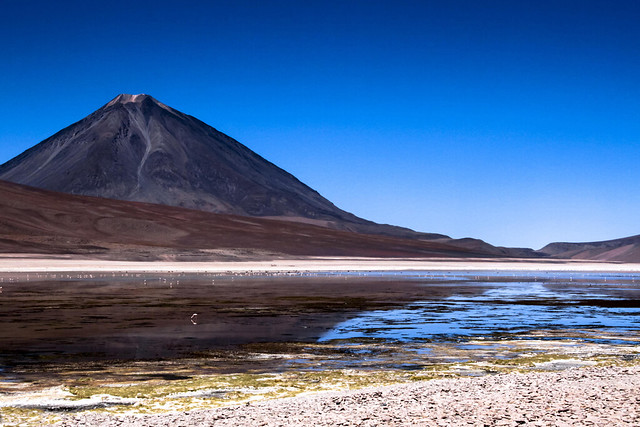 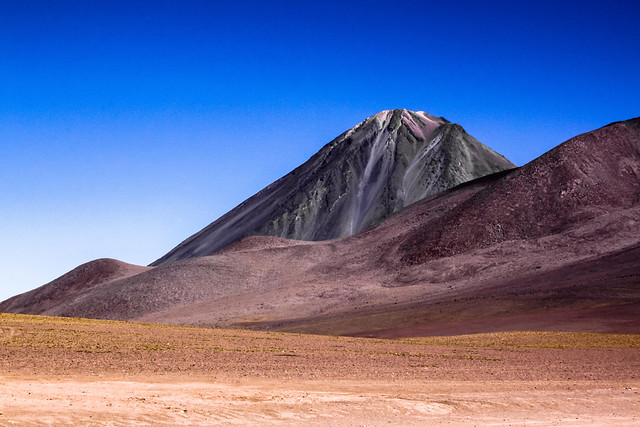 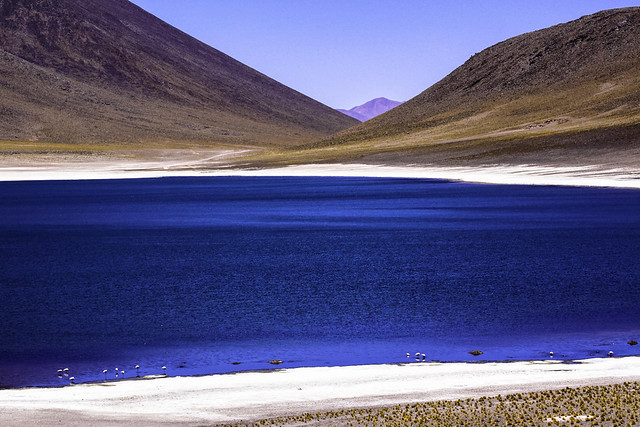 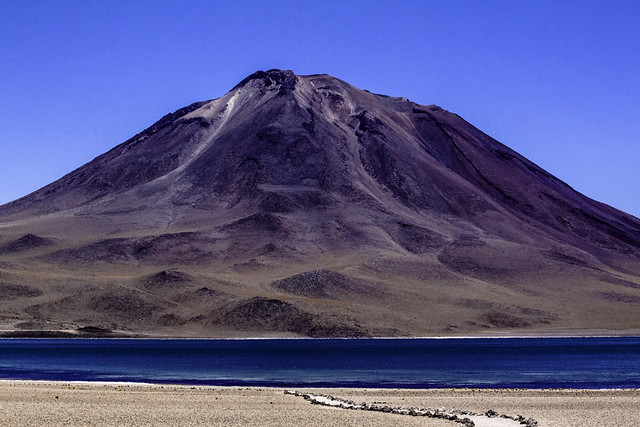 The Paranal observatory situated on a mountain in the desert, that study the skies for worlds vast beyond our imagination, beautifully photographed by Owen Perry or Circa 1983. These deserve a later post all of their own.

Elizabeth Gadd‘s series on Iceland is breathtaking, and for the entire selection of photos coupled with stories of her travels, go here. Here are some of her best shots to satisfy the wanderer in you. All photos below belong to Elizabeth Gadd!

The Trio of Photographers

I love Edward Abbey’s Desert Solitaire. Documenting his three seasons as a park ranger in Arches National Park in Southeastern Utah, it is a passionate and oftentimes angry love letter to Nature and the desert. The NYT described it as such: “A passionately felt, deeply poetic book. It has philosophy. It has humor. It has its share of nerve-tingling adventures…set down in a lean, racing prose, in a close-knit style of power and beauty.”

I own a physical copy and flipping through it now, I find lovely passages:

Now the night flows back, the mighty stillness embraces and includes me; I can see stars again and the world of starlight. I am twenty miles or more from the nearest fellow human, but instead of loneliness I feel loveliness. Loveliness and a quiet exultation.

Suddenly it comes, the flaming globe, blazing on the pinnacles and minarets and balanced rocks, on the canyon walls and through the windows in the sandstone fins. We greet each other, sun and I, across the black void of ninety-three million miles. The snow glitters between us, acres of diamonds almost painful to look at.

I read Desert Solitaire, Abbey’s thesis on the desert and freedom, after my visit to Arches National Park. How I wish I could have had his book on hand while travelling amongst the cliffrose and juniper, the burnished rocks and soft sands. Here are a couple of photos from that trip (I will upload more in future). I believe the bottom is Landscape Arch.

Living in Singapore, a highly urbanized island-state situated almost right smack on the Equator means that I don’t get to witness much astronomical or meteorological phenomena. It’s lucky for us to spot more than a dozen stars on a clear night, factoring in the light pollution and some of those might just be satellites masquerading as stars.

In the high latitudes however, there is a strange phenomena known as noctilucent clouds. These are “glowing silver-blue clouds that sometimes light up summer night skies at high latitudes, after sunset and before sunrise. […] They form in the highest reaches of the atmosphere – the mesosphere – as much as 50 miles (80 km) above the Earth’s surface. They’re seen during summer in polar regions. They’re typically seen between about 45° and 60° latitude, from May through August in the Northern Hemisphere or November through February in the Southern Hemisphere.” NASA’s AIM satellite, which is in a polar orbit, monitors such mysterious clouds. More info here. The photos below  are by NASA unless credited otherwise.

Watch this video below for a view from outer space.